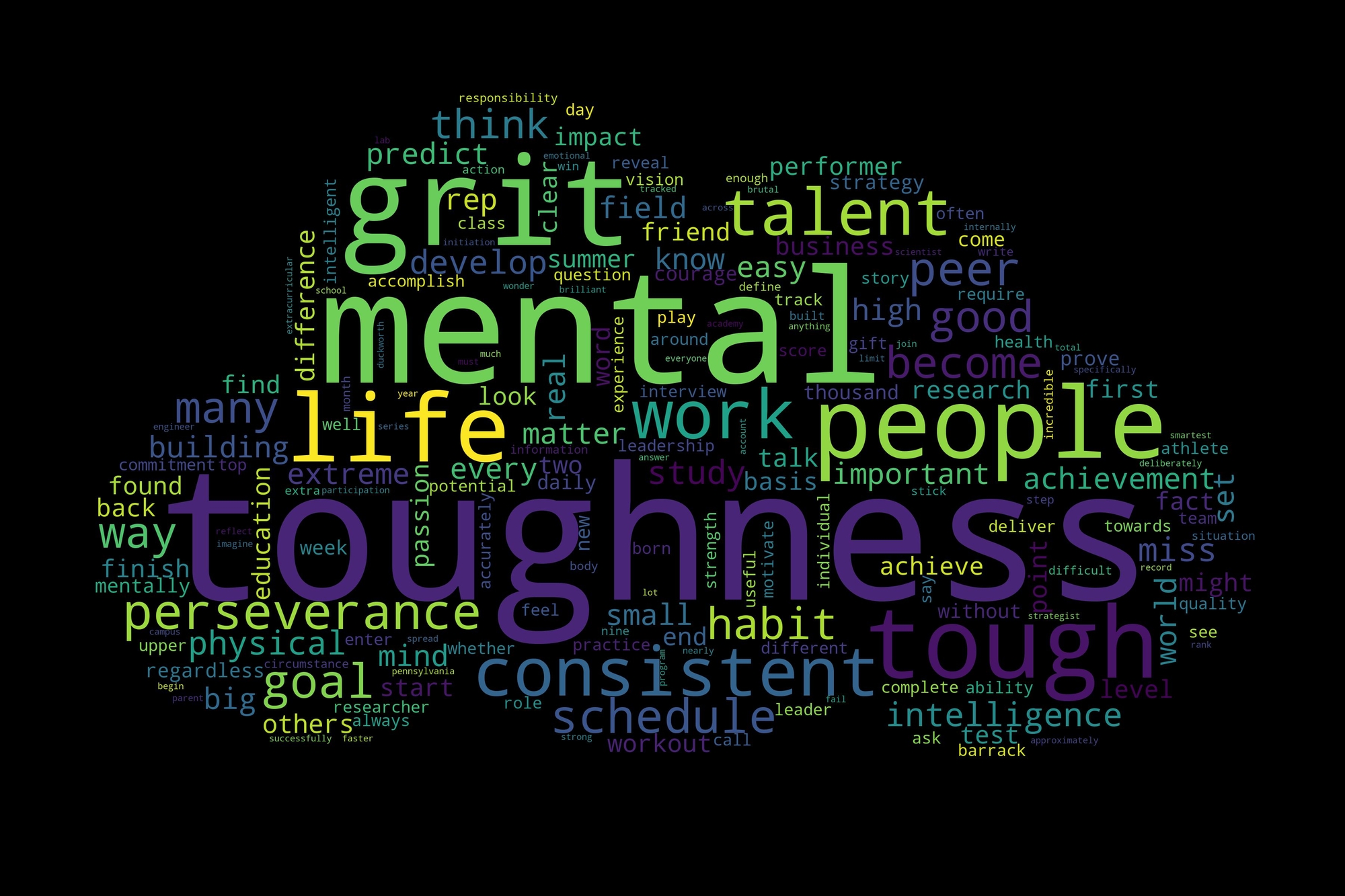 The words ‘grit’ and ‘determination’ often appear together, but what does it really mean to be ‘gritty’? Well, according to dictionary definitions, to have grit is to have courage, resolve, and strength of character, so being gritty is a trait that’s going to help you develop and maintain the resilience it takes to succeed in life despite inevitable setbacks and disappointments.

With grittiness, you have resilience, and with resilience, you have the capacity to recover quickly from difficulties – bounce-back-ability if you like! Some might describe resilience as ‘toughness’ and in terms of grittiness, this means mental toughness. Grit gives you what you need to persevere when a goal in life seems a long way off. Grit gives you the stick-with-it-ness you need to stay the course and to find a way around roadblocks and obstacles that block your path, and grit gives you the drive you need to be and do your best in whatever it is you’re aiming to achieve.

Sounds great, but how do you get it if you don’t already have it? The truth is, we all have a degree of “grit” within us, but those who find they’re able to make the most of what they have are those who find something in life they’re passionate about. Successful people do what they love and love what they do, so the first step towards succeeding in whatever it is you want to do is to is to ensure the thing you’re doing is something you want to do. Want is so much more powerful than should do or have to do, and unless the goal is yours, and something you really want to achieve, you’re unlikely to have the long term grit and resilience needed to get you through the inevitable challenges you’ll face.

Whatever path you’re on in life, you need to be enjoying the journey.

In today’s fast-paced world, we’re often being sold the idea of overnight success or quick fixes, but in reality, quick fixes are rarely lasting fixes, and there’s no such thing as overnight success. Those who succeed in life are those prepared to play the long game. Ed Sheeran may have appeared to achieve superstardom overnight, but he had in fact spent years busking and honing his skills gigging in small venues. He was and remains passionate about music, he loves what he does, and he demonstrated grittiness in his willingness to stay the course and endure the hardships of couch-surfing and living hand to mouth to get to his goal of being signed.

Grittiness gives you what you need to deal with disappointments or failures and to keep striving towards your goal, so developing grit is part and parcel of developing a positive mental attitude and a “growth mindset”, and choosing to adopt an optimistic and hopeful outlook in life. A gritty person believes in themselves and their ability to succeed if they keep putting in a best effort, and with self-belief comes the self-discipline and motivation needed to look for positives in every outcome, learn from every experience, and take those positives forwards to be and do better next time.

In short, developing grit comes down to being curious. Keep trying new things and keep learning because the thing you’re most passionate about in life may be something you’ve yet to discover. Spend time with people who have a grittiness and determination you admire, and let their positivity and hopefulness rub off on you. If you believe yourself to be short on grit, could it be that you just haven’t found your passion?