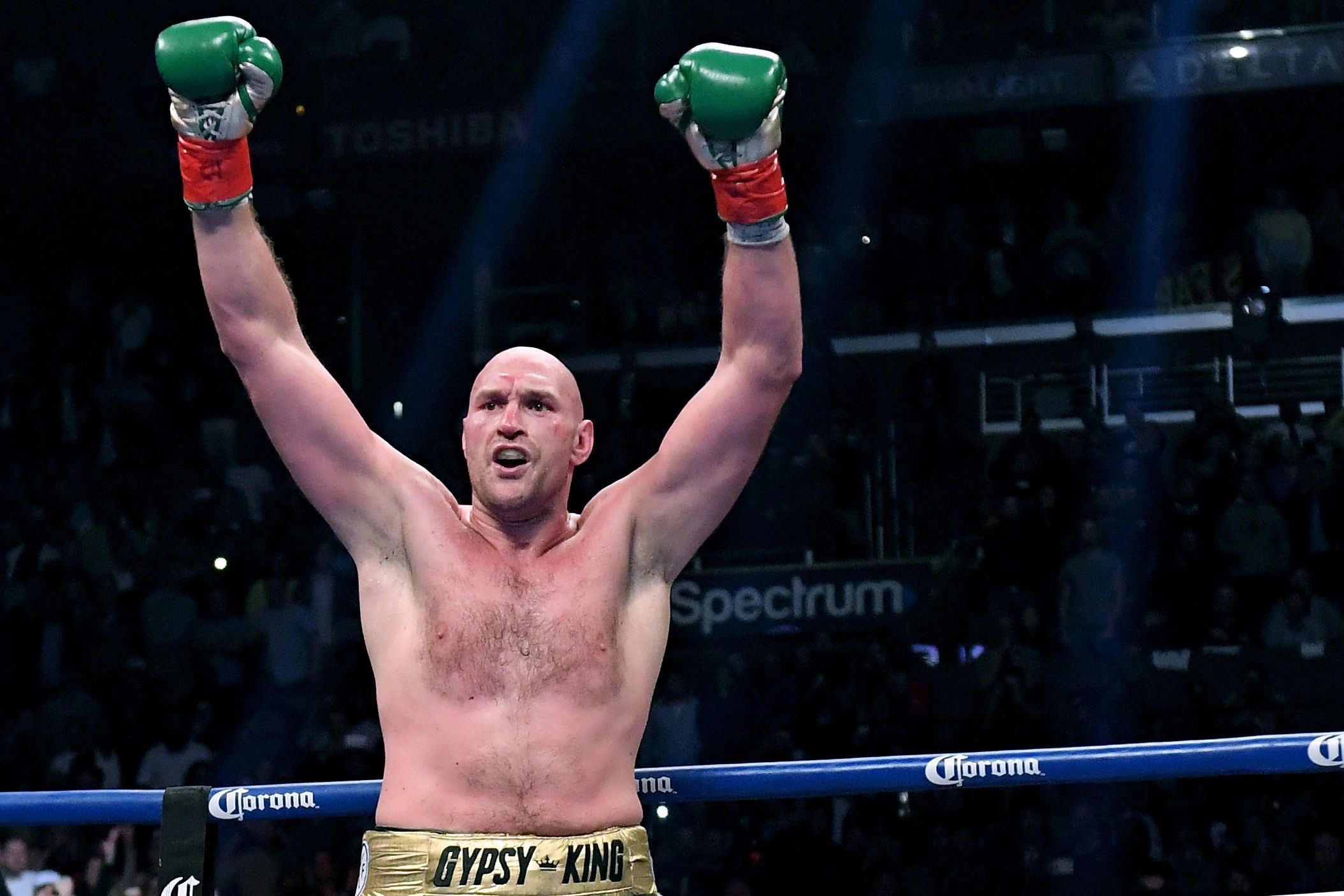 “Mental health has got to be the biggest battle I’ve ever fought with, more than any opponent.” – Tyson Fury

In 2015, Tyson Fury was a world champion with IBF, WBA and WBO titles to his name. He was on top of the world, having reached the peak of his “Everest” and what he believed to be his boxing destiny, but within a year, he had plummeted to rock bottom. The next few years would see him battle with mental and physical health issues, and then climb back to the top in one of sport’s greatest comeback stories.

As reigning heavyweight champion, Fury plunged into a downward spiral of drink, drugs, and weight gain. By the end of 2016, he had been stripped of every title and his boxing license was suspended. He had abandoned all training, choosing to spend his time drinking in pubs instead, and as depression took hold, he gained an unhealthy 11 stone. In an interview, he said,

“I was a lot happier when I wasn’t the world champion. I used to love boxing when I was a kid. It was my life. All the way through it was my life. You finally get to where you need to be and it becomes a big mess. And that’s it. I hate boxing now.”

The depression deepened and suicidal thoughts crept in. He says, “I had everything, but it didn’t mean anything. I wanted to die on a daily basis. So material goods are only good for when things are going right in your life.”
It took until the end of 2017 for things to begin turning around. Sitting in his bedroom on Halloween, he remembers crying and beginning to question himself:

“I thought to myself, what has my life come to? I’ve gone from being heavyweight champion of the world to being a fat mess. I’ve just got to change.”

This conversation with himself prompted him to get his trainers back on and start running. Recognising that he needed help made it possible to seek professional help. He says,

“After that, I got onto my knees and I begged God for help. So I have lots of different people to thank. I didn’t do this on my own, this was never an alone thing.”

In 2018, Fury had cleaned up his lifestyle and was in training to lose weight and get back into the ring. He said,

“I ain’t just getting into that ring to make myself or my family proud. I’m going in there because people need me. I suffered for years from depression and anxiety, and I didn’t understand what it was, because I had never been educated about it. And if I was suffering then there are people going through the same things as me. I want to help change that.”

Through his own experiences, he was not only picking up the pieces and rebuilding his career, but he was also determined to make a positive difference in the lives of others by becoming a mental health ambassador. By the end of 2019, he had succeeded in two remarkable comeback fights – one draw, and one undisputed win.

Fury’s physical turnaround is inspirational, shedding hundreds of pounds in weight to return to fitness, but the mental strength and resilience he has shown in openly dealing with his demons are remarkable. In his second comeback fight, he was temporarily knocked unconscious, but he got back up to fight on. His performance in the ring became a physical representation of his recovery in life out of the ring – he got knocked down, but he got back up.
Fury was back, and on the 9th of October 2021, three years after crying in his bedroom at the mess his life had become, he retained his heavyweight champion title in a decisive win, in one of the greatest heavyweight fights in the modern era against Deontay Wilder.

He knows that without mental fitness, his return from rock bottom to peak physical performance would not have been possible, and his willingness to talk about his battle is undoubtedly helping others to recognise and get help with their own struggles.