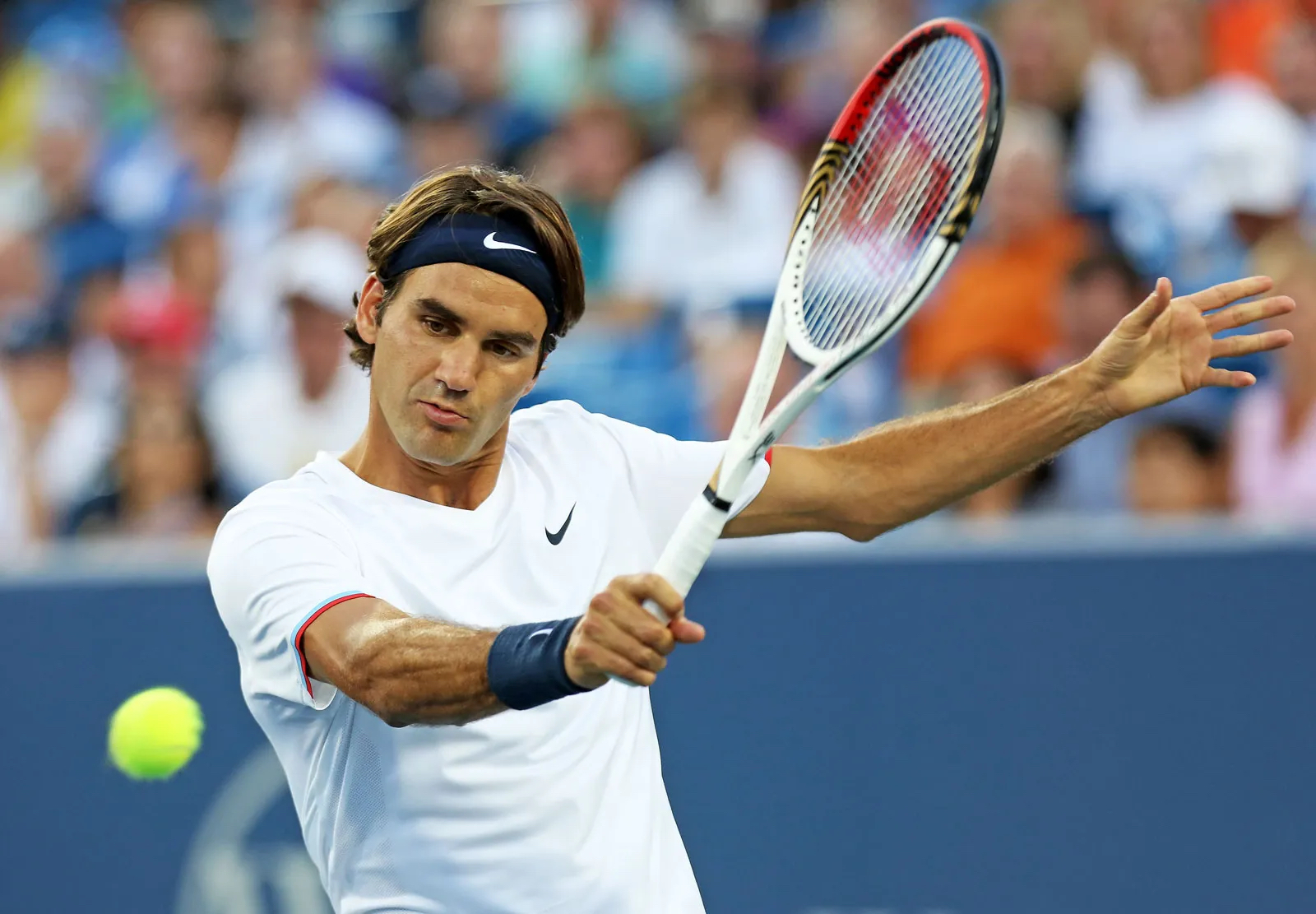 “Tennis is bigger than any tennis player.” – Roger Federer

As 20-time Grand Slam champion Roger Federer retires from competitive tennis, there’s much discussion about his life and legacy as a player. Many position him as the greatest of all time, but others have made it clear that his legacy won’t be measured in tallies or numbers, and he himself has said,

“You don’t need all the records to be happy; I tell you that.”

“To me, Roger is the overall package of elegance and technique and style. I don’t think in GOAT terms, I hate when I hear discussions about basketball in my house, it’s always like is it Michael Jordan? Or is it LeBron James? I’m like, can you please stop this? There’s no way to compare, times change, the world changes. So yeah, I stay out of the GOAT conversations.”

Times do change, but after a career spanning over two decades, it’s perhaps not surprising that tennis fans are struggling to imagine the game without him. Of course, when Pete Sampras retired back in 2002, the press was full of discussion over how any player would ever match up to what he’d achieved, and whether the game could ever be the same without such a legendary player… Federer has said, “I understand I have a role to play in the whole tennis world. But at the end of the day, tennis is bigger than any tennis player. That’s why even if there is a new generation, new players, tennis will be fine. There will always be a future No. 1, there will be new Grand Slam champions, the wheel keeps turning…”

Love of the Game

Tennis fans love Federer, but as a player and a person, he’s revered by his rivals and just about everyone across the whole tennis community. The high-regard he’s held in is perhaps his real legacy, and it has always been evident that his career has been as much about people and connections made both on and off the court as it has the love of playing the game.

Throughout his long career, his passion for tennis has always shone through, and without a love of life on tour, such longevity in the sport would have been an impossibility. At the start of his tennis journey, he may not have imagined retiring at the age of 41, but something he has enjoyed about his lengthy stay at the top is the opportunity to play against younger players. In a 2019 interview, he said,

“I always thought it’d be so much fun to play through generations. Now you have the next generation. I wanted to experience that, and also – it sounds stupid now – maybe give younger guys an opportunity to play somebody old like me. Something I care deeply about is that young guys are welcomed nicely on to the tour, and they realise, ‘This is going to be fun, buddy, and, we, the top guys, are cool.’”

His effortless, graceful game style elevated him to a level that many felt no ordinary mortal could ever attain, but Federer’s openness to showing emotion and vulnerability made him a human being, and a player that resonated with so many fans and spectators. He once said,

“Emotions are nice and I came to realise a long time ago when I had my first really big, emotional win – maybe it was when I beat Sampras at Wimbledon in 2001 – I couldn’t believe you could be so, so happy and yet start crying.”

After years of struggles with a knee injury, Federer’s last game will be a doubles match in the Laver Cup. His long-time rivalry with champions including Rafael Nadal and Novak Djokovic have helped to create an image of friends battling it out on the court rather than enemies, and in leaving the sport playing alongside a ‘rival’, he says,

“I think it is a great message as well to not just tennis but sports and maybe even beyond.”

Don MacNaughton is a High Performance Coach working in Professional Sport and Business Leadership over the last 20 years www.donmacnaughtoncoaching.com