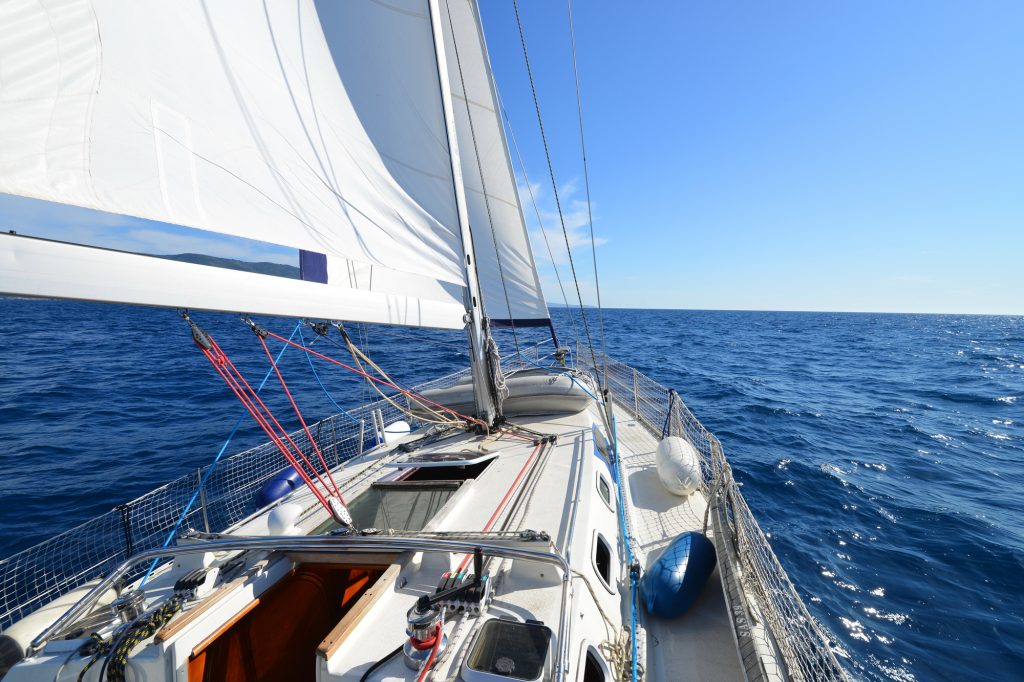 Hugh MacDonald is a well-known sports journalist, but he got into journalism “by accident” rather than by design.

He says, “I got into journalism by mistake. I’d been accepted by a university in Edinburgh to do medicine, but I came to realise that not only did I not want to be a doctor, I couldn’t be a doctor – and I sort of panicked.”

This was back in the early ’70s and the world was very different, but the feeling of going in one direction and then realising it may not be the “right” direction is one that many young people still experience today. Whether it’s students choosing university courses or school leavers getting into jobs, not everyone knows what they want to do, so the tendency is to stick to what’s familiar; what they know from their experience of life and their upbringing. For some, this may be influenced by the expectations of parents, for others it may be down to their own expectations of what it’s possible for them to achieve.

Newspaper Ad to a Career in Journalism

Back in 1972, Hugh’s accidental career began when he responded to an ad in the Evening Times. It read: ‘Do you want to become a journalist?’ He says, “I’d always been a writer, writing wee stories when I was at school, and I was a keen reader, so I dived into the opportunity being advertised and I was accepted. They sent me to college for a year, paid my tuition fees and expenses, gave me money to pay for accommodation, and also paid me a wage. The arrangement was that if I passed my exams at the end of the year, they’d give me a job in their local newspapers. It was a free education plus a guaranteed job – it’s hard to imagine such an opportunity in today’s world.”

Still only in his 20s, Hugh became chief sub-editor of The Herald, a stressful position that eventually he had to give it up for health reasons. It was at this point that he reinvented himself as the literary editor, but he’d dabbled in sports writing and had always been very interested in sport, so when the opportunity to become a sports journalist came along, he was ready to grab it. In those days, much of life as a sports journalist was spent on the road and the main areas of interest at the time were football and tennis – especially following the fortunes of Andy Murray.

The Changing Face of Football

Hugh says, “I’ve watched football across many decades, from the 1950s to the 2020s, and the changes I’ve seen in terms of the sport, its players, and the newspaper coverage it gets are dramatic. When I was chief sub at The Herald in the 1970s, football wasn’t discussed at all in the editorial conference. In fact, the sports desk in most papers was known as the ‘toy department’ – sport wasn’t considered central to the paper. In today’s world, football is utterly central. Football sells newspapers and it’s football that gets the internet hits.”

Once considered a working-class sport, Hugh now sees a huge shift: “Middle classes have strongly infiltrated into football. Working classes (and non-working individuals) are being disenfranchised for a variety of reasons, not least the rising expense of getting involved in football.”

No Yachting Clubs in Milton

“Back in the day, football was central to what was known. It’s what we did because there was nothing else.” – Hugh MacDonald

The cost of kit and coaching mean that a lack of funds is a disadvantage, and where there’s disadvantage, there can be a lack of opportunity or even motivation to get into sport. Where once a sports journalist would be interviewing predominantly working class youngsters forging a career in football from a life with few other options, interviews today often reveal the middle-class backgrounds of up-and-coming players and the fact that they have a life and numerous options open to them beyond football. Hugh says, “Football is a choice for these young players. In my day, football among the working classes was mandatory. It might seem ‘misty eyed’ but kids had no other option beyond heading out to meet mates and play football all day when I was growing up – especially during the school holidays. We played on rudimentary surfaces that weren’t designed with football in mind. Not only did we have jumpers marking goalposts, we’d often be playing on a steep slope with a tree in the middle of it. In school, footballs weren’t allowed in the playground because of the potential to break windows, so we played with balls of scrunched up paper. It’s just what we did… we played football because there was nothing else.”

Getting back to the idea that people tend to stick with what’s familiar and what they know from their upbringing, Hugh remembers an experience he had as a sports journalist that highlighted this reality:

“I went down to Largs to interview the great yachtsman Ben Ainsley. It was the under-14s championships for laser boats – these are very small, very fast dinghies. I was mesmerised and Ben asked me if I wanted to have a go. I got into a dinghy with a young girl of about 12 and she zipped me around Largs harbour. It was beyond fantastic, and I stepped out of the boat absolutely exhilarated. I said to Ben, ‘I’d have loved to have done that as a kid, and if I’d done that, I don’t think I’d have wanted to do anything else.’ He asked my why I hadn’t done it as a kid, so I replied with, ‘possibly Milton Yachting Club had restrictions on membership…’ to which he nodded and commented that some yachting clubs could be a bit like that. He completely missed the reference.”

For anyone unfamiliar with the area, Milton is a traditionally working class  district  which all the challenges that presented in a tough urban Glasgow of the1960s. There are no yachting clubs in Milton.

Interestingly, many famous names in football grew up in Milton, including Frank McAvennie, Dylan McGeouch, and Kenny Dalglish. Kenny played on spare ground in the housing estate (no doubt with jumpers as goalposts) in a team named “Milton Milan”.

Football was all there was. Yachting, or any other sport, was effectively out with everyone’s frame of reference. Hugh says:

I remember a wee mate of mine that I went to school with, Pat Houston. He would have been considered a mediocre sportsman because he wasn’t a great football player, just an alright football player. However, every year we had a long x-country run that we all had to take part in. We were all quite fit in those days, but Pat would literally finish the run a mile ahead of everyone else. It was noted that Pat was a ‘good runner’ but looking back, I wonder how far he could have gone if someone had just picked up on his abilities and directed him towards the local harrier’s club where Scottish Athletics would have recognised his elite talent. Again, it might seem overly romantic to say, but who knows, he could have been an Olympic athlete.”

You see, athletics was out with the frame. Pat had “talent” that may have taken his life in a different direction, but it went unnoticed because it wasn’t football. In those days, football was all there was for youngsters growing up in Milton. The world has changed beyond recognition, but I think it’s fair to say that many young people continue to fall into the trap of believing their options are limited to what they’ve experienced in their upbringing. Certain dreams and ambitions can be considered “not for the likes of me”, but this is purely perception and not reality. Hugh may have fallen into his career as a sports journalist “by accident” but the golden thread that runs through his working life is his love of sport.

There’s a golden thread for all of us to follow, no matter how many twists and turns it takes. Finding it begins and ends with recognising what you love to do… what’s your version of zipping around Largs harbour on a laser dinghy ?

How to Develop Confidence in Your Players