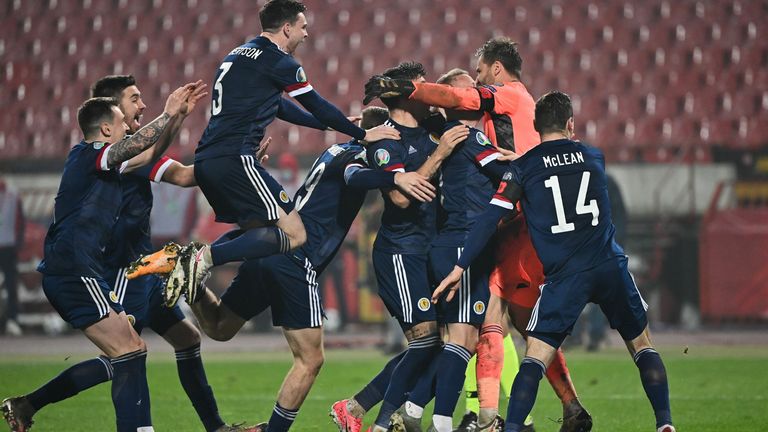 “Success comes to those that can weather the storm.” – I Ching

Scotland have qualified for the 2020 Euros. Winning the qualifying match is certainly cause for celebration, but even more so because it has been 22 years since the Scotland national team have played in a major tournament. After years of disappointment, what has changed to turn the nation’s football fortunes around?

The answer to the above question is perhaps found in the “quiet belief” of manager Steve Clarke. As one BBC reporter put it:

“How do you restore belief into a set-up so beaten down by failure that the wailing and gnashing that used to follow failed campaigns was becoming a mere shrug of the shoulders?”

Well, Clarke’s quiet belief in his team generated a belief shared by the team: he created a powerful team spirit.

“Every player turned up and I’m not just talking about the 11 that started. I’m talking about the boys who came off the bench but I’m also talking about the rest of the squad. Their positivity, the way they conducted themselves when they knew they weren’t starting the game, everyone, even the two boys left out, not even in the squad. Everybody was together – and that’s why we succeed because for a long time we have been building this group of players and tonight we get the rewards.”

The togetherness of the team was evident at every level of involvement, and the shared belief that they could succeed as a team never waivered – even when it came down to a nerve-wracking penalty shootout. Former manager Craig Brown, the last man to take the Scotland team into a major tournament in 1998, praised Clarke’s achievement. He said,

“Steve has managed to get the team together, forget about all the negative stuff, and get them all playing as a unit. There are no sulking substitutes. I watched the attitude of players who are not playing, and they are supporters. If they are sent for a warm-up, they warm-up conscientiously. I think it is a great credit to the manager. What the team showed was real mental strength. They showed a fortitude which was terrific. You could see they were determined not to give in.”

The dark clouds of the “negative stuff” endured by Clarke and his team were perhaps at their stormiest just a little over a year ago when Scotland were beaten 4-0 by Russia, not long after having lost 4-0 to Belgium. Those results could have created (or added to) a culture of fear, but Clarke’s ability to weather the storm and stick with his plan for success generated an atmosphere of confidence and determination that filtered through every player and every behind-the-scenes member of the team. He believed in himself; he believed in his system and his methods, and he used every small success (irrespective of final scores) to build the confidence of every individual and their belief in the team.

Developing team spirit has changed the culture and turned the nation’s football fortunes around. Steve Clarke’s belief that the storm clouds would pass became a team belief, and now the belief of an entire nation.