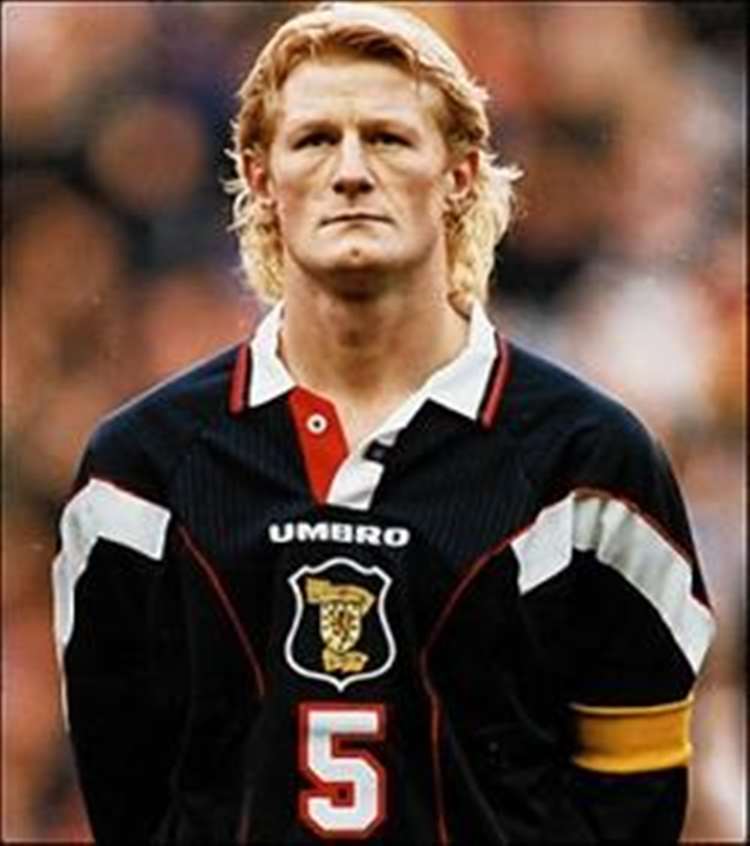 “You can never work too hard, but you have to enjoy yourself too.” – Colin Hendry

Colin Hendry’s career in football took him all the way to captaining Scotland in the 1998 World Cup, an achievement he admits seemed like an impossible dream in his childhood. However, while it may only have been a dream, his story is testament to his belief that if you’re prepared to work hard enough, dreams can become realities.

With his dad spreading his working week across five different jobs, Colin grew up knowing what it meant to be a hard worker. There was a routine to life that the whole family fitted into, and he had his role to play in daily chores from an early age.

When he wasn’t at school or helping out at home, Colin played football in a yard between two buildings out the back, breaking a window or two on more than one occasion. Eventually, a “No Ball Games” sign went up, but it never deterred him and his pals from kicking a ball about. He says,

“When the ball got burst, we’d kick a Coke can, and when it got too bashed, we’d change it for another one. If we couldn’t find a can, we’d kick a stone about. I got into a lot of trouble for ruining my shoes doing that.”

“That level of play as a youngster would be considered unacceptable today, with too much strain on a developing body, but at the time, it was the making of me.”

In 1982, at the age of 16, Colin and his dad were spectators in the crowd in Seville when Scotland played Brazil in the World Cup. In 1998, his dad was a spectator in the crowd when Scotland played Brazil in Paris, but this time Colin was out on the pitch as captain of the Scotland national team. This was a dream that had been “impossible” to imagine becoming a reality back in 1982, but Colin’s professional career began the very next year when he signed with Dundee in 1983.

Looking back on his career today, Colin admits he never imagined he’d captain Scotland, but his advice to young players coming into the game is,

“Chase the dream. Not just in sport, or in football, but in any walk of life. Be prepared to work. My thoughts were always, ‘If I work as hard as my dad, maybe I can achieve something in my life,’ and I say to anyone, if you work hard, you might just get something you’re not expecting.”

Colin moved from Dundee to Blackburn Rovers, a move that elevated him from being someone no one recognised out on the street to being someone everyone knew and wanted a piece of. It was a huge change, but something that didn’t change was his work ethic. He says,

“Blackburn may have been a professional team, but every team member mucked in and worked hard. It wasn’t just on the field in training or a match, it was everything before and after training too. We all picked up dog mess off the training field before play, and we all sorted our own training kit into the correct baskets at the end of play. The discipline and team effort was always there both on and off the pitch.”

“The more you go up the levels, the more you strive to get to the next level, and the higher you get, the more professional you get.”

Becoming more professional for Colin meant dedicating himself fully to doing everything he could to keep on improving his game. This, of course, involves making a lot of sacrifices out with football, but something he’s keen to point out is that it also meant his wife and children made a lot of sacrifices too.

“To allow me to get to the top, my family had to live their lives around everything I needed to do.”

This is an important thing to recognise, and a reminder that no one gets to the top of their game on their own. Colin says,

“I was always trying to get better, and in my 19 years of professional play, I squeezed myself to the limit.” Squeezing himself led to having at least one operation in every off season, but he just kept pushing. He says, “Psychologically, I was never prepared to stop playing, but my body was unable to maintain play at top level. It took a manager to tell me it was time to stop. Of course, it wasn’t something I wanted to hear, or believe, but he was right.”

You Have to Enjoy Yourself

As Colin’s story highlights, working hard and pushing hard is something you need to be prepared to do if you want to become the best you can be, but to maintain the drive, you need to love what you’re doing and enjoy doing it. He says,

“You can never work too hard, but you have to enjoy yourself too.”

These are wise words, but perhaps Colin’s final piece of advice is something we’d all do well to remember…

“Never accept something as being the best you can do, because the next day and the day after, you can do better again.”

Don MacNaughton is a High Performance coach who has worked with thousands of athletes, coaches and leaders in Pro Sports and Business over the last 17 years .