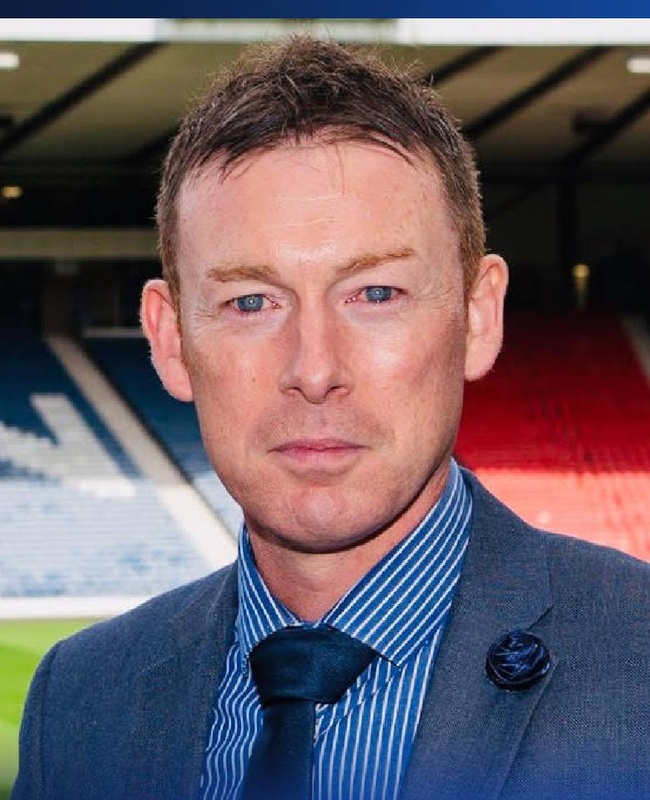 “Education isn’t taking away from your game, it’s complementary to your career – both as a professional footballer and beyond.” – Stuart McCaffrey

As a former player and now COO of the Scottish Football Partnership, Stuart McCaffrey is a firm believer that young players need to commit to education alongside football to succeed in their sport and in life. He says,

“Time spent in education isn’t taking away from your football, it’s giving you more choice. The more educated you are, the more able you are to understand every element of your game, whether that’s fitness and nutrition, video analysis and game performance, or the details of contracts and signings. Education isn’t taking away from your game, it’s complementary to your career – both as a professional footballer and beyond.”

As a youngster, Stuart played football out on the street or met up with his mates for a kickabout in the park. When he was a football daft 7-year-old, he remembers looking for a club in his home area, but all that was available was an U12 team, and he was just too small to play. Things have now changed and there are lots of clubs offering opportunities for participation at grassroots level. He says,

“I think young people play in a more organised game these days. Some kids still play out on the street as I did, but on the whole, it’s more organised participation these days. This is a huge shift that has led to football being a very inclusive sport, and although some reminisce over the loss of the kickabout days, there are a lot of positives about the direction of football and participation numbers at grassroots level. The positives extend way beyond football; it’s physical and mental wellbeing, and it provides for a community. So many people are involved beyond the players – volunteers, coaches, minibus drivers, ground keepers, sandwich makers – and we should celebrate the game a bit more, not focus on the negatives at top level.”

It’s Stuart’s belief that whether you’re a young player coming through or you’re moving into coaching and management, you need resilience and a real belief in yourself. Things won’t go well for you all the time, and it takes resilience to be ready for your next opportunity. Many young players sign up with clubs at the age of 16, but Stuart feels fortunate in that the deal he had with his parents was to do his Highers first and then leave school to play football full-time if he wanted to. He says,

“I felt I had a good balance, and I was no worse off for having started a year later than other young players. I think it’s important mentally to be asked to commit to something at a young age – like my parents asking me to commit to doing Highers. Sticking with something prepares you to be committed to that next thing, whether it’s full-time football or any other full-time environment. It’s a big transition in life, and commitment at school sets you up to be committed to the next phase as a professional player. Education is important, there’s no rush, and there are very few 16 or 17-year-olds that are ready to play at first team level. For my own children, I don’t want them to have all their eggs in one basket, I want them to have a pathway that gives multiple options. Young players shouldn’t have all their eggs in one football basket. Very few will get a professional career in football, and even then, it’s only for a short period. For me, if I was recruiting a young player, I would take the youngster committed to studies first. Without a commitment to education, will there be commitment to do what it takes to play full-time? Sometimes there’s a balance that needs to be found.”

A key point that Stuart is keen to raise with young players is that not many footballers are going to get to the age of 35 and be able to retire comfortably. For most, retirement from playing is going to mean having to work at something else. He says,

“Towards the end of my playing career, I began to look at coaching as an option. I studied with SFA and got my licenses, and even though I enjoyed the experience, it was almost as though I wanted someone to tell me that’s what I was going to do next. The uncertainty begins to eat away. I had a mortgage and young family, and thinking about that next step is a daunting time. Looking back, I was worried; I was low, and uncertain about what comes next and how I was going to develop the next part of my career. This is why I think it’s important as a young person to be prepared.”

A big part of being prepared is having an education. This means preparation for life after retirement as a player begins before football even becomes a full-time career. Stuart makes it clear that he would always encourage a young person to pursue their dreams, but he wants them to do it with a more rounded picture of what’s to come. Having an educational background is key to having support when you need it. A professional football career can come to an end at any time. He says,

“We’ve only scratched the surface of the mental health aspects of being a professional sportsperson. Being let go, suffering injuries, all these things require support to get you through. However, professional footballers have a lot of transferable skills, not least resilience, along with the ability to communicate and to work as part of a team. As a sportsperson, every day when you go into training, you’re learning something, so you’re used to learning on the job. You’re being coached to get better at doing something, so you need to utilise that experience in a new work environment and seek the people you need to help you learn what you need to know. As a player, you’re used to developing, growing, and working towards getting better, so the same attitude and approach can help you improve and getter better in a new role. Commitment, professionalism, attention to detail; these traits are as important in business as they are in football. Sportspeople have these qualities, setting them up for the next phase in life – even though they may not realise it straight away. With these qualities, you can learn the skills you need. It can be scary, but once you do it and realise that you can do it, you can move into a different career. Once I got beyond that initial fear, I embraced moving into something new, and doing things I never thought I would do.”

Success in any career is all about improving and getting better. In football, players are used to constructive criticism; they’re used to reflecting on mistakes made and taking what they learn from every experience forwards with them to do better next time. Education alongside football is preparation for life after football, and on-going education in life is preparation for on-going success.

To listen to the whole of Stuarts Podcast click here