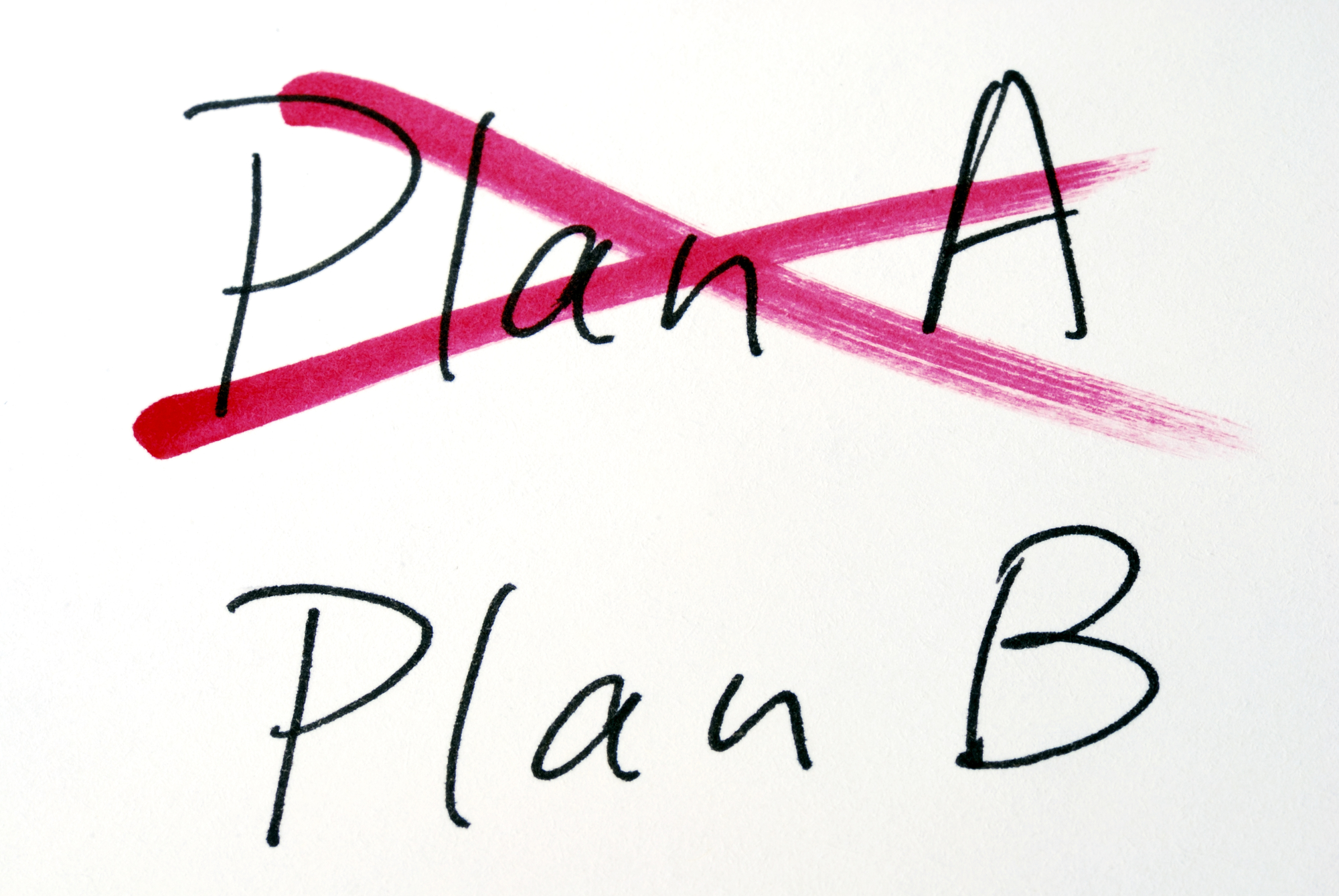 “My favourite part of any session is seeing the players engrossed in it. Energy is key, and getting good energy is down to me as the coach.” – Darren O’Dea

Celtic FC under-18 coach Darren O’Dea is a big believer in finding a positive in every situation, and he believes the way his young players have come through the difficulties presented by covid restrictions is a great example of doing just that. He says,

“Without their usual coaching sessions, they’ve had to take ownership of what they could do for themselves. They’ve had to choose whether to push themselves, or not, and their choices have been self-driven. Nobody was watching, and there was no end goal in sight as lockdowns stretched on, so they had to find the motivation to get up every day, train, eat right, sleep right, and maintain positive habits for themselves. The positive of the situation is that they’ve learned to take ownership of their own career.”

The Want to Do It

Getting to the top in any sport takes total dedication, and every top athlete has a story to tell of the many sacrifices that had to be made along the way. Darren knows from his own experiences that unless you want to do what it takes to get there, you don’t have what it takes to succeed. He says,

“All ages played together and there could be competition with the older boys. I didn’t have any big brothers to stick up for me, so I got into scrapes a lot. I would never walk away, and this can be a negative trait. In my football career, I was known as a competitive player, but I’d sometimes overstep the mark. For good and for bad, there was a strength to that childhood experience.”

Playing football was just something Darren loved to do, and his parents were a big influence in his childhood, supporting him by driving him around to wherever he needed to be to play, but they weren’t pushy. He says,

“I did every sport at school, and I enjoyed sport, but it was purely to get out of school! I wasn’t the best at every sport, but I didn’t chuck it in because I wasn’t the best, I was still getting out of school, and with hindsight, there are so many transferable skills gained from this kind of multi-sport experience. The important thing was that I was just a kid playing sport because I loved it. I wasn’t a starry-eyed seven-year-old running around saying I was a footballer. I wasn’t pushed into focusing on one sport, and I found my own commitment to it. I remember the enjoyment of street football and the satisfaction of getting better at something when I practiced it, but I wasn’t thinking of it as ‘practice’, it was just doing something that I wanted to do.”

Having other options and being given the opportunity to find his own path stood Darren in good stead. He remembers at the age of 14 wanting to go to the local Friday night disco with his friends, and his parents reminding him that he had a game the next day. He was allowed to go, but he says,

“I was rubbish at football the next day. I learned for myself and made the decision for myself not to do that again. I wasn’t aware of it, but I was learning self-discipline, and the changes I made to my diet etc. were changes I chose to make, so they were changes that stuck. I’m very conscious now as a coach that if players are being told they have to do something, and the only reason they’re doing it is because they’re being told to (and they don’t really want to) they’ll drift away.”

The experience of not being the best but choosing to look for ways to get better is a great example of developing a growth mindset, but of course, it’s not something you’re consciously aware of as a kid. In his coaching role today, the importance of promoting a growth mindset is huge. He says,

“Often, the best players in U-teams don’t progress to make the first team. There will be a multitude of reasons, but something I see is that they lack a bit of humility. They are still young kids, and I can see them thinking that if they’re the quickest, then they must be doing everything right. But, what they don’t quite realise is that there are still layers and layers above them.”

In presentations he gives to young players, Darren likes to use the example of Messi to get his point across. At one point in his career, with a stack of awards in the bag, Messi changed his diet. He wants youngsters to understand that even at the top, and as possibly the best player ever, Messi is still looking for improvement. He says,

“They’re at the top because they’re always looking to improve. Kids need to understand this. If thinking you’re the best is your mindset, you’re going to hit a ceiling, and you’re not going to reach your potential.”

Looking back, Darren recognises that he was a young player who would always meet fire with fire. He was always happy to push himself physically and mentally, but this attitude was not always beneficial. He says,

“If someone is better than you at something, you need to find another way, but I’d just keep going at it and not look for the other way. This was something that didn’t change till later in my career.”

People are creatures of habit, and footballers are no exception. Darren says,

“People like familiarity, and change is uncomfortable. There have been many times when a manager comes in and suggests a change, only to be met with, ‘But we’ve always done it this way.’ I’m guilty of it myself, but I reached a point where I realised that I needed to be open to trying things. I might find that I didn’t like it, but I had to embrace the change.”

Away from home for the first time and embarking on a professional career at the age of 16, Darren’s abilities accelerated quickly, but the realisation of what a career in football meant eventually hit home and led to a period of getting stuck.

“I travelled away from home and stayed in digs with four other lads. There were no tears at the airport, we couldn’t wait to get away, but after three months it hits you like a ton of bricks. This is going to be your life. Getting up, double training session, home, eat dinner, rest, go to bed… and then the phone calls to friends back home reminded you of what they were doing, and the social activities you were missing out on. You pined for it. You missed it. If being a footballer isn’t something you really want, you’re never going to be able to give up those things. In the first year, there’d be huge highs and lows. You’d win, you’d do well, then when you lost or got left out, there was no one around you, you’re in digs. Injury was really difficult, you had nothing.”

When Darren found himself stuck, he was no longer pushing himself, he was just going through the motions, doing what he had to do and no more. He began to realise for himself that if he was going to get to the next level, he would need to make change happen by doing something different. He says,

“You need to be ready for opportunities when they come. Everything about me was confrontational, and if you’re going to go in like that, you’d better be prepared! It was a good mindset, but everything was fear driven for me – to not be beaten, to not be left behind, to not be shown up, to not be sent back home. I never went into games thinking I’m going to be the best player today, my goal was always to stop whoever was coming at me. As a coach today, I want players to have a broader mindset than that, and to visualise a bigger picture.”

Going into coaching, Darren studied the coaches he admired and looked for what he thought the skills of being a “top coach” were. He says,

“Communication skills are important, and I want the players to understand everything in a session, but ultimately, it comes down to the way I make them feel. Players engage with people. It doesn’t matter how immaculately detailed a session is if the players don’t engage with it. My favourite part of any session is seeing the players engrossed in it. Energy is key, and getting good energy is down to me as the coach.”

What Darren describes is being “in the zone” or in a “flow state”, and it’s that very state that kids playing football out on the street would experience without any conscious awareness – just totally in the moment until their mums called them in. Darren says,

“When I have conversations with other coaches and players, a name that often comes up is Tommy Burns. The funny thing is, we all consider him a top coach, but I don’t remember anything we did in a session. All I’m remembering is the way he made me feel.”

Darren points out that the world has changed since his teenage years, and as a coach of young players today, you need to be willing to explain your reasons for your session plan. He says,

“In my generation, the coach said jump and you said how high. Now it’s why. As a coach, you are trying to promote a team environment, and it’s about encouraging young players to own that environment, but ultimately it’s highly individualised. There’s a lot of information available now, and a lot of great analysts, but can you coach it? Can you put that theory across, and can you build relationships so that players want to do it – that’s a different kind of expertise.”

And Still Finding Another Way

As Darren’s coaching career has progressed, the growth mindset that allowed him to embrace change as a player has allowed him to adapt to very different cultures. He admits that when he first coached overseas, he had an attitude of considering his experiences to be “the way” to do things. He says,

“The experience of being in a very different environment quickly led to the realisation that the way I had done things is not the only way, and I learned that the way I had always communicated is not always going to be the best way. I needed to adapt to different environments and different personalities, and as a coach, it’s bringing all the different cultures and personalities together and building relationships that will make the difference in terms of team success.”

To listen to the full Podcast with Darren click here.

Finding Success In a Passion Project - Mike Sandilands
Dealing with Fear, Uncertainty and a changing World
What It Means to Be Gritty