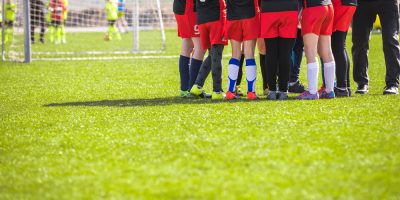 It goes without saying that a good coach needs good communication skills. After all, it doesn’t matter how knowledgeable you are if you can’t pass on that knowledge in a way that makes sense to others, right? However, the difference between good coaching and great coaching is not just how well you communicate, it’s how well you connect. You see, great coaching is not coach to player or even peer to peer, it’s “human to human”.

Good communication goes beyond what you say to include how you say it. Having something to say does not make you a good communicator, it’s the way people respond to what you have to say that matters most. It’s not about fancy language, using all the latest buzz words, or even having all the answers, it’s about sharing information and experiences that offer something real and meaningful to those you communicate with; it’s connecting with others.

Can you make yourself understood?

Great communicators understand the people they’re speaking to and they use straightforward language that makes sense to everyone listening. Communication shouldn’t be complicated, it should be genuine and simple.

Great communicators build trusting relationships by making sure that everything they say is based on fact. “Winging it” at times and passing on information that you’re not sure to be factual will soon lose you trust when inaccuracies get flagged up. You don’t need to be a font of all knowledge, you simply need to be honest about what you know and what you don’t – yet. It’s not about having all the answers, it’s about sharing something real and meaningful.

Let’s be honest, unless you’re saying something that’s of personal interest or value to people, they’re probably not going to pay much attention to what you have to say. Good communication is a two-way street, and listening is just as important as talking if you want to genuinely connect with others. Anything you have to say becomes much more meaningful and memorable when the words are felt by the listener and the conversation is a shared experience.

Legendary football coach Bobby Robson was more than a manager. He was a great communicator who knew how to connect with players and fans alike. Jose Mourinho, fellow manager and former assistant to Bobby puts it this way: “In Lisbon, he was a Lisbon man; in Porto, he was a Porto man; in Barcelona, he became a Catalan”. He could make himself understood and he knew what he was talking about, but he was also a genuine man who could get on a level with everyone he met.

Bobby connected with everyone around him throughout his career, not only through words, but through his undying passion and enthusiasm for the game. Pep Guardiola is just one former player who describes him as a father figure, and the connection he had with Bobby as his coach is something he strives to maintain with his players in his role as coach. Gerard Pique puts it this way: “Pep doesn’t just give you orders, he also explains why. That makes you a better footballer because you learn the reasoning behind his instructions.”

For a short period I am opening up my one to one coaching programme and have a few spaces for committed individual clients. Please send me a direct message to express your initial interest.