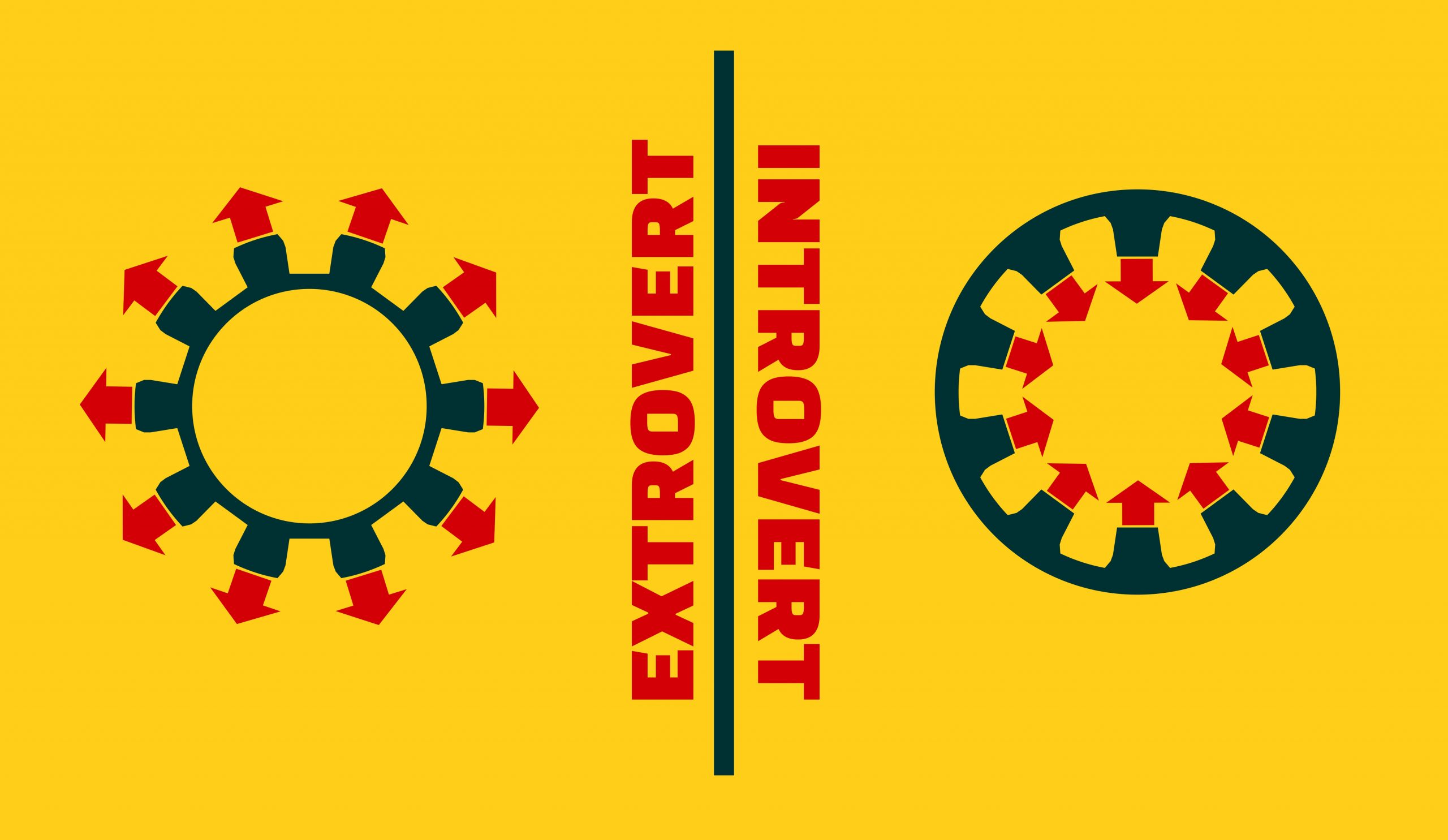 Introverts are often incorrectly labelled as shy, anti-social, withdrawn, or even arrogant. These labels are untrue, and while being an introvert may lead to being seen as “the quiet one”, it’s not about shyness, it’s about socialising on different terms.

Shyness is generally nervousness or lack of confidence in social situations. Fear of making mistakes in public or saying the wrong thing makes social interaction of any kind a challenge. On the other hand, introversion is listening and processing instead of talking.

It’s not finding social interaction a challenge, it’s simply not feeling the need to contribute anything to the conversation.

Where an introvert might be labelled as quiet, an extrovert might be labelled as loud. In reality, most people are a bit of both depending on the circumstances. It’s because there’s a tendency for extroverted personalities to talk more that they become known as “the loud ones” and the less talkative introverted personalities become “the quiet ones” almost by default. However, the difference is more in the way information is processed. There’s a general tendency for extroverts to speak before thinking, working things out as they’re saying them, whereas introverts tend to think before speaking, working out what they’re going to say before saying it.

In an extroverted world, introversion is often viewed as something that needs to be overcome. Quiet children in school are encouraged to speak up more, youngsters are encouraged to be more outgoing, and social media would have you believe that if you’re not out there promoting yourself and making noise, you’re not going to succeed in life.

It appears that extroversion is favoured over introversion, so it’s no wonder introverts are sometimes left feeling that they need to learn how to be more extroverted if they’re to get anywhere.

The problem here is that loudness is being misinterpreted as confidence, therefore quietness must be lack of confidence. This is simply not the case. There are a great many confident introverts out there, including many famous stage performers, successfully doing what they do. The only real difference here is that extroverts get their energy from being around other people and introverts re-energise by spending quiet time alone. Extroversion can appear to be rewarded more in society, but when introversion is understood, it becomes clear that extroversion or introversion has no bearing on an individual’s potential to succeed. An introvert’s choice not to attend every party is not being anti-social, it’s just needing time out to recharge their batteries. An introvert’s quietness in a meeting is not because they have nothing of value to say, they’re just quietly formulating what to say and waiting for an opportunity to say it.

Far from being a negative character trait, introversion brings many positives.  If you are considered “the quiet one”, chances are you’re also recognised and valued as being a great listener. As an introvert, you’re comfortable in your own company.

The benefits of this became evident during times of Covid lockdown when extroverts struggled with the enforced lack of social interaction. Introverts don’t need to be more extroverted, and extroverts don’t need to be more introverted. Everyone is different, but it could be said that introverts get the best of both worlds – the fun and buzz of social interaction when it’s wanted, and the total peace and relaxation of alone time when it’s not. It’s not about trying to change who you are, it’s celebrating who you are.

Don MacNaughton is a High-Performance Coach who works with ambitious individuals across sectors over the last 20 years.